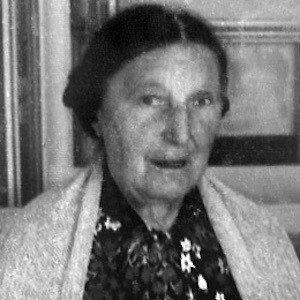 Lithuanian folk artist whose large-scale tapestries won many awards. Her work included "An Oak," "A Rowan," "A Maple Tree," and "A Red Tree," among others.

She began creating tapestries in 1972, and she started painting four years later.

Her fascination with large trees inspired several of her most famous works of art.

She went to live with her son's family following her retirement.

She and William Zorach were fellow Lithuanian artists.

Born In 1905
Born in Illinois
Geminis