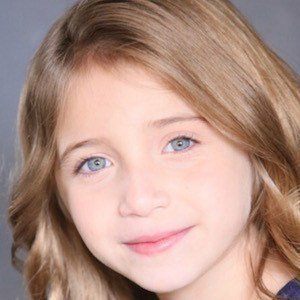 Actress known for playing Gretl von Trapp on NBC's The Sound of Music Live! She also appeared on The Hunt With John Walsh and Weight, and was a dancer on Late Night With Stephen Colbert.

She started learning how to dance at the age of three. Dancing lessons followed a few years later, starting when she was six. Her first theatrical performances were with Random Farms Kids Theater.

She grew up going to Broadway shows on her birthday. She performed with the New York Philharmonic at Lincoln Center.

Her mother, Tara Kennedy, was a child actress working in TV and film who also appeared on Broadway. She has three older sisters and one younger brother.

She appeared with Carrie Underwood in The Sound of Music Live!

Peyton Ella Is A Member Of