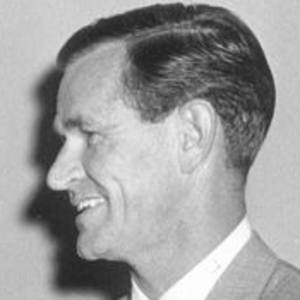 Co-owner and publisher (during the 1940s, '50s, and early '60s) of The Washington Post. Active in politics, he persuaded presidential candidate John F. Kennedy to choose Lyndon Johnson as a running mate.

After studying economics at the University of Florida, he graduated from Harvard Law School.

According to his wife's memoir, Personal History, he suffered from the symptoms of bipolar disorder.

His more than twenty-year marriage to resulted in four children.

His wife, fellow publisher Katharine Graham, was famous for her role in exposing the Watergate Scandal.

Phil Graham Is A Member Of