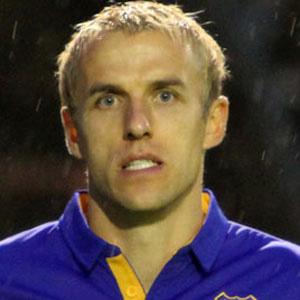 He made his youth debut with Manchester United in 1990 at age 13 and was promoted to their senior squad in 1995.

He raised two children, Harvey and Isabella, with his wife Julie; he grew up with a twin brother, future netball player Tracy Neville.

He was teammates with Steven Gerrard on England's national team from 2000 to 2007.

Phil Neville Is A Member Of