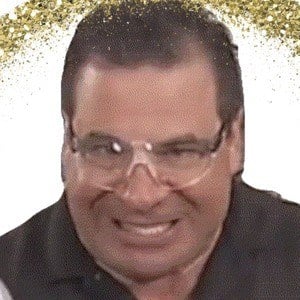 Web sensation who is the energetic and comedic spokesman for the Flex Seal family of products. This exposure has led to him becoming a pop culture icon, generating numerous internet memes. Flex Seal products have helped many seal off leaks in their houses. The product comes in tapes, pastes and sprays.

He began working in the marketing and direct sales industry in the 1980's.

In 2014, he was featured on BuzzFeed. He has posted multiple photoshopped memes of himself as characters from movies like Home Alone and Elf on his Instagram page.

He has a brother named Alan who co-founded his company with him.

Both he and Billy Mays were successful sales professionals.

Phil Swift Is A Member Of