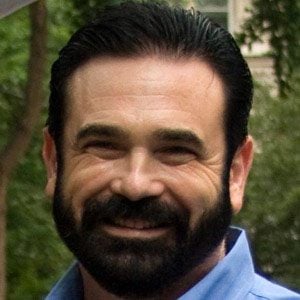 Loud-voiced advertising pitchman for products such as OxiClean.

He was a member of the West Virginia University football team as a walk-on prior to dropping out to work for a hazardous waste company.

He endorsed many products, but they were all ones he personally used at home and had made sure worked.

He had a son with his first wife and a daughter with his second.

He was invited to appear on The Tonight Show with Jay Leno in 2009.

Billy Mays Is A Member Of