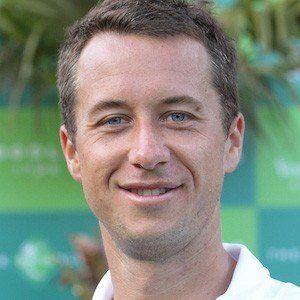 Right-handed, German tennis player, who has won many singles and doubles titles and held is highest international ranking in 2012 at number 16.

He began his professional tennis career in 2001. He won his first career title in Munich in 2007, and became the first German to win that tournament since 1994.

Since 2008, he has played doubles with fellow German tennis player Christopher Kas. But had played with Russian, Serbian, and Austrian players before.

He was born in Augsburg, West Germany. He moved to Kitzbühel, Austria, to train with his coach, Stephan Fehske.

He is said to be one of the best German tennis players behind German tennis legends Steffi Graf, Boris Becker, Sabine Lisicki, and Angelique Kerber.

Philipp Kohlschreiber Is A Member Of