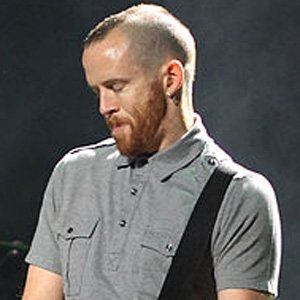 He played the snare drum in his high school marching band.

He was taught guitar by his mother, who also played violin and cello.

He married Linsey Farrell on December 28, 2002 and they had one child together.

He is a UCLA alumni and his college roommate, who went on to become one of his bandmates, was Brad Delson.

David Farrell Is A Member Of