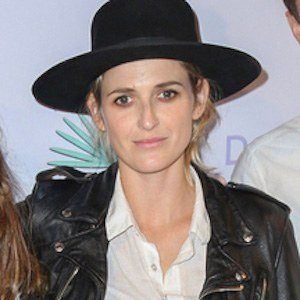 Lead vocalist and guitarist most well known as one member of the four piece rock band Dead Sara. The band initially rose to fame for their single "Weatherman" which was featured on their debut eponymous album in 2012.

The Dead Sara cover of Nirvana's "Heart-Shaped Box" won Best Song at the National Academy of Video Game Trade Reviewers for it's appearance in the Infamous: Second Son video game.

Her girlfriend is model and Instagram star Kate Harrison.

In 2009, she was commissioned by Courtney Love to perform backing vocals on her album Nobody's Daughter.

Emily Armstrong Is A Member Of