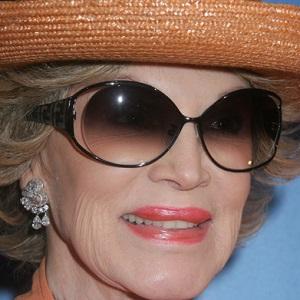 American singer best known as a member of the trio The McGuire Sisters, consisting of her and her sisters Christine and Dorothy. They are remembered for songs like "Sincerely" and "Sugartime."

She was four years old when The McGuire Sisters started performing at functions like weddings and funerals.

She was inducted into the Vocal Group Hall of Fame as well as the National Broadcasting Hall of Fame.

Her mother was a minister at the Miamisburg First Church of God.

She performed live for five U.S. Presidents, including Richard Nixon.

Phyllis McGuire Is A Member Of