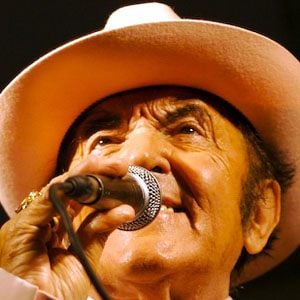 Flamboyant Belgian crooner who released hits like the double-platinum "Cherie" during his lengthy career. He was known for his unique fashion sense, often donning campy and expensive outfits.

He was a handbag salesman before finding fame as a singer in the 60's.

His clothing was shown off in the 2004 fashion show Eddy Wally's Geweldige Garderobe, which included 115 of his outfits.

His style of dress was often compared to that of Liberace.

Eddy Wally Is A Member Of