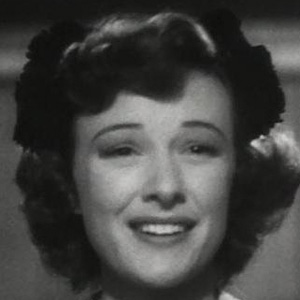 Actress who became known for her roles in films like Blood on the Moon and TV shows like The Twilight Zone and Alfred Hitchcock Presents.

She started working on Broadway in 1940 and made her film debut in 1944's Thirty Seconds Over Tokyo.

She suffered an attack of polio in 1952, but made a stellar comeback on television.

She was married to Gilbert Lea for 46 years until his death in 2008.

She appeared on Alfred Hitchcock Presents after her bout with polio.

Phyllis Thaxter Is A Member Of