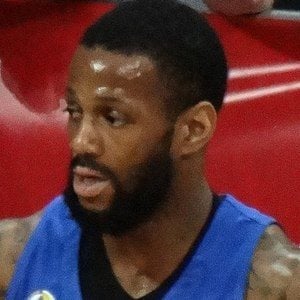 Point guard who was drafted 42nd overall by the Philadelphia 76ers in 2013.

He began his college basketball career at the College of Southern Idaho before transferring to Baylor, where he was voted the NIT's most outstanding player in 2013.

In 2013, he signed on to play professional basketball in France but left the league before playing a game.

His younger brother tackled him when he was chosen in the NBA draft.

When he took Baylor to the Elite-8 in the 2012 NCAA tournament, Kentucky coach John Calipari designed specific gameplans to deal with him.

Pierre Jackson Is A Member Of