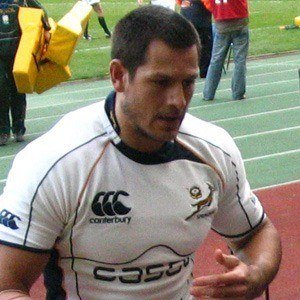 Rugby number eight who joined the Bulls in 2005 and the Springboks in 2006. He became known for his ball carrying abilities.

He represented South Africa in the Under-21 Rugby World Cup.

He was named South Africa's Most Promising Player of the Year, as well as Sportsman of the Year in 2008.

He married Juanne Weidemann in December, 2008.

He and Francois Hougaard both played for the Bulls and Springboks.

Pierre Spies Is A Member Of