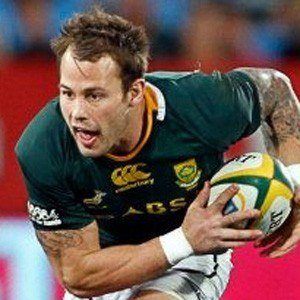 South African rugby scrum half who joined the Bulls in 2008.

He was the youngest player starting in the Currie Cup in 2009.

He grew up with four older sisters.

He and Elton Jantjies both played for the South African national team, the Springboks.

Francois Hougaard Is A Member Of