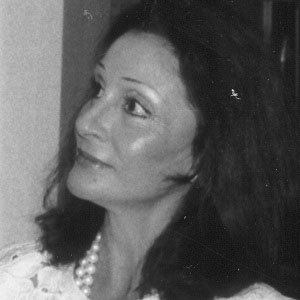 Peruvian actress who is known as the third wife of the popular American actor John Wayne from 1954 until 1979.

She married Richard Weldy in 1948 whom she divored a few years later and went to Los Angeles to dub a film in English in 1953.

She created a work of art called Glamour Girls which features a collection of Belly Dancers.

She has been married four times and has three children.

She had an uncredited appearance in The Alamo, which starred her husband as well as Richard Widmark.

Pilar Pallete Is A Member Of