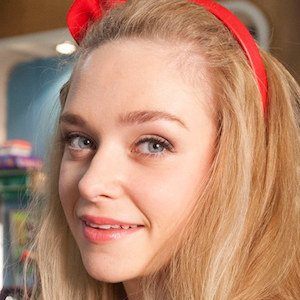 Actress who is known for her voice and live-action work throughout the Dutch TV and film industries. She has dubbed various Hollywood films in Dutch, including Despicable Me and The Lego Movie.

She landed her first professional acting job as a guest recurring actress on the Dutch TV series Costa! as Jenny. She debuted on the show in 2005, which was the same year she began playing Tayra on the TV series B*****s.

She has been featured as a regular Dutch dubber for the American children's series iCarly as Sam, Ned's Survival Guide as Suzy, and Shake It Up as CeCe Jones. In 2014, she also served as a host for the Dutch children's series Kids Top 20.

She was born and raised in Utrecht, Netherlands.

She provided the Dutch dubbing for the character UniKitty in The Lego Movie, who was originally voiced by the actress Alison Brie.

Pip Pellens Is A Member Of