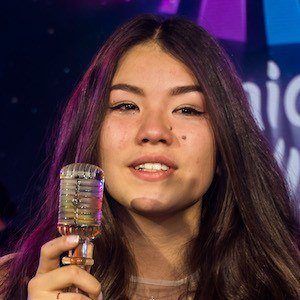 Russian singer who is known for representing Russia at the Junior Eurovision Song Competition in 2017. After winning with her song "Wings" she gained more critical attention.

She was a student at the Academy of Popular Music and first began her professional career in 2012 when she took part in the international arts festival in Macedonia.

In addition to her competitions, she also appeared on the television programs Okno v Parizh and Shkola muzyki.

She was born and raised in Moscow to Yulia and Dergey Bogusevich.

While competing in season one of Golos Deti, she was a part of Dima Bilan's team.

Polina Bogusevich Is A Member Of