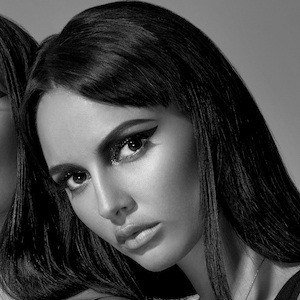 Russian singer who became a member of the popular girl group Serebro in 2014. She previously appeared on the reality shows Mom, I Want to be a Star and Love at First Sight.

She danced with the troupe Rainbow for twelve years and sang in musical theatre productions like Amadeus.

She was diagnosed with a condition known as Autonomous Sensory Meridian Response, which causes her to feel physical sensations in her skin while hearing certain sounds.

She was married to Val Nikolsky from 2012 to 2013. She has a sister named Yana Sukhova.

She replaced Elena Temnikova in Serebro.

Polina Favorskaya Is A Member Of