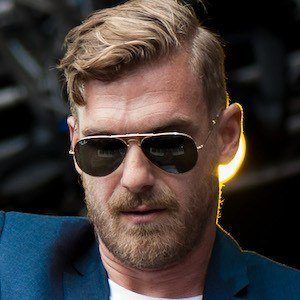 Best known for his work as the songwriter and music producer Avant in Bloodshy & Avant. He and his producing and writing partner, Christian Karlsson, have both worked with major artists including Britney Spears and Kylie Minogue.

He and his producing partner Christian Karlsson grew up alongside one another. They produced music in their own garages throughout their childhoods. They reunited in Sweden in 2000, and began pursuing music together.

He earned his first success when he co-wrote for Christina Milian on her debut album. He and Christian Karlsson collaborated on the two #3 UK chart singles "AM to PM" and "When You Look At Me."

He wrote the song "Like It or Not" for Madonna's 10th studio album Confessions on a Dance Floor.

Pontus Winnberg Is A Member Of