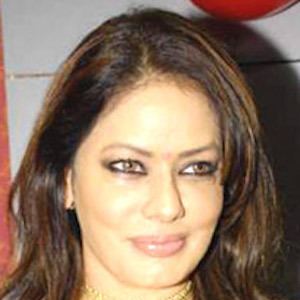 Actress and singer who is best known for her role as Gopi Maiyya in the move OMG. She first garnered national attention in 1994 when she played Priya in the Rajiv Rai classic Mohra. She has 340,000 followers on Instagram.

She used to work as a model. She got her break when the producers of Mohra noticed her on an ad shoot.

Before becoming an actress she modeled for brans such as Killer Jeans, Dove soap and Panerisarees.

Her mother is Poojashree. Her brother, Kamal Bhuvan, sadly passed in 2015.

Akshay Kumar was her costar in Mohra.

Poonam Jhawer Is A Member Of