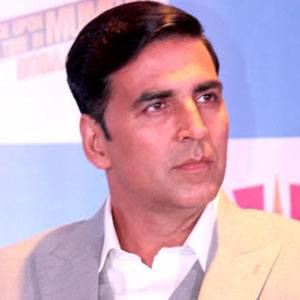 Widely popular Indian actor that has starred in over 100 Hindi films. His success exploded in 2007 when he starred in four hit films.

He attended the Don Bosco School in Mumba. He worked as a chef while studying Muay Thai in Thailand.

He was given the Padma Shri Award by the Government of India in recognition of his outstanding contributions as a performer.

He married Twinkle Khanna in 2001. He has two children.

He has been called the Indian Jackie Chan because of his willingness to perform dangerous stunts.