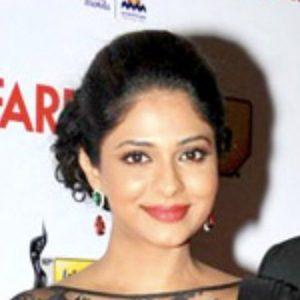 Indian actress and television host who is known for her work in films like 2008's and in shows like Kolangal, the latter of which earned her a Sun Kudumbam award for Best Supporting Actress. She has served as the host of the shows Pepsi Top Ten and Kadha Ithu Vare.

She graduated from St. Teresa's College in India. She began her show business career as a model.

She has branched out into the world of fashion design, opening a boutique called PRANAAH.

She married actor Indrajith Sukumaran in 2002. Her younger sister is actress Priya Mohan.

She co-starred with Prithviraj Sukumaran in the 2015 gangster comedy Double Barrel.

Poornima Indrajith Is A Member Of