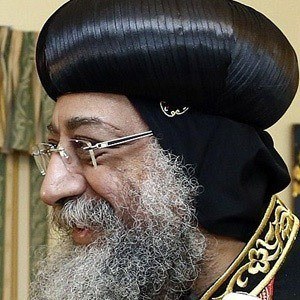 118th pope of Alexandria and the See of St. Mark, who supported the withdrawal of Egyptian churches from the Constituent Assembly.

In 1989, he was ordained a priest after studying theology at the Monastery of Saint Pishoy in Wadi Natrun.

In 2013, he met with Pope Francis, which was only the second papal gathering in Italy in 1,500 years.

He was born in Mansoura, Egypt.

He visited Pope Francis in Rome, where they visited tombs and held a shared prayer.

Pope Tawadros II Is A Member Of