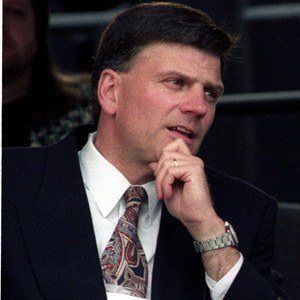 Evangelist who became the CEO of the Billy Graham Evangelistic Association in 2000.

He converted to Christianity after visiting Jerusalem in 1974.

He has also authored several religious books, including A Wing and A Prayer and All for Jesus.

He got married to Jane Austin Cunningham in 1974; the couple has four children: William IV, Roy, Edward and Jane.

He is the son of Billy and Ruth Graham.

Franklin Graham Is A Member Of