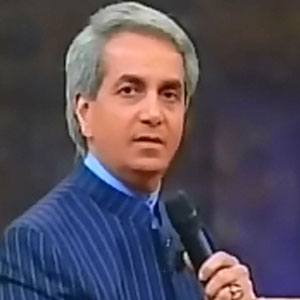 Televangelist who hosts the program This Is Your Day. He is also known for his false prophecies, having falsely predicted that the world would end in both 1992 and 1999.

He emigrated from Israel to Canada after the Six Day War in 1967.

In 2004, the CBC Television show The Fifth Estate did a special titled "Do You Believe in Miracles" on the apparent transgressions committed by his ministry, in which the producers of the show demonstrated his apparent misappropriation of funds and his fabrication of the truth.

He has four children with his ex-wife Suzanne.

Like Paula White he was investigated by the US Senate Committee on Finance in 2007.

Benny Hinn Is A Member Of