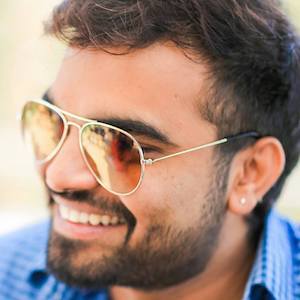 Indian Telugu television presenter and actor. He's appeared in several Telugu films including Ramayya Vasthavayya and Bham Bolenath as well as on radio and television shows.

Machirajuwas born in Amalapuram, East Godavari district of Andhra Pradesh, India and brought up in Hyderabad

He got a B.A. in Electrical and Electronics Engineering from Vignan Institute of Technology before starting his career as Radio Jockey at Radio Mirchi.

His parents are named Panduranga and Bhavana.

He hosted televised competition ETV Telugu Dhee Jodi which was won by dancer Sanket Gaonker in 2017.

Pradeep Machiraju Is A Member Of