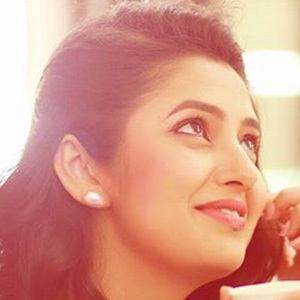 Indian actress best recognized for her recurring television roles in several Marathi series'. She is also known for her feature film roles and has starred as Suman in the 2013 film Kho-Kho as well as Bijili in the 2014 film Sangharsh.

She first started learning Bharatnatyam dance at the age of 7. Then when she turned 8, she started performing at the Pune Navratri Festival. Her feature film debut came later on in 2007 when she starred in Gandhi, My Father.

She is also a model and shares additional modeling and dancing related content through her Instagram where she has earned over 1.3 million followers.

She was born and raised in Pandharpur, India.

Prajakta Mali Is A Member Of