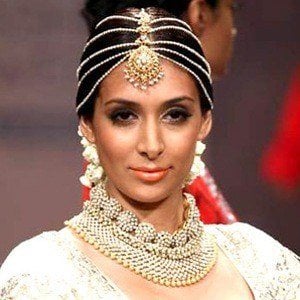 Model turned actress who made her film debut in the 2011 comedic drama Shor in the City. She went on to join the cast of 2014's One By Two and 2016's Gods and Secrets.

In 2006, she broke into the entertainment world by being crowned Miss Cleveland. She went on to win the title of Miss Great Britain the following year.

Between her pageant career and film career, she worked several years in modeling, appearing on the pages of magazines like Cosmopolitan and working with brands like Provogue.

She was born to Hemlata and Jitendra Desai in Middlesbrough, England. She has one sister, Anjlee.

In her award-winning debut in Shor in the City, she starred opposite Sendhil Ramamurthy.

Preeti Desai Is A Member Of