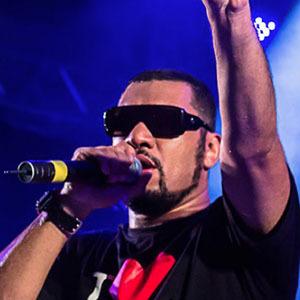 Rapper and producer who found stardom as the leader of the Brazilian hip-hop group Apocalipse 16. He has also had success as a solo artist with releases like RevoLUOção (2003) and Govern! (2015).

He grew up in São Paulo, Brazil and began performing with Apocalipse 16 in 1996.

He is the founder of the independent record label 7 Cups.

He was featured with Mr. Vegas on the Ton Carfi song "Ore."

Pregador Luo Is A Member Of