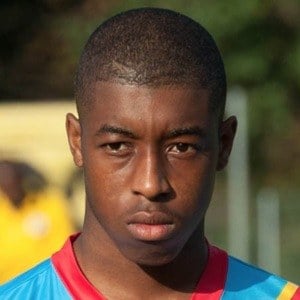 Defender who's best known for playing for the Ligue 1 club Paris Saint-Germain FC and the French national team. He won the 2018 World Cup with France.

He started his soccer career by joining AS Eragny in 2002.

He made his professional debut in the Ligue 1 against RC Lens in October 2014.

His dad, Isaac Kimpembe, is Congolese and his mother is Haitian. He has shared pictures of his two sons on social media. He has two dogs, Letty and Nala.

Both he and Adrien Rabiot played for Paris Saint-Germain FC.

Presnel Kimpembe Is A Member Of