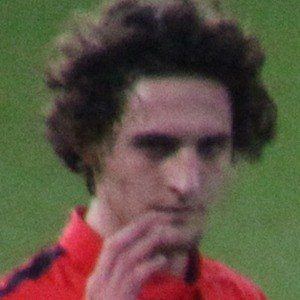 Midfielder who made his senior debut with Paris Saint-Germain in 2012, the start of their run of four consecutive Ligue 1 championships. He also spent time on loan to Toulouse during the 2012-2013 season.

He played for half a dozen youth clubs before joining PSG's youth side in 2010, where he spent two seasons.

He's represented France at the U16-U21 levels, joining the U21 squad when he was only 18 years old.

He was born to Michel and Veronique Rabiot.

He and Javier Pastore have been midfield teammates on PSG.

Adrien Rabiot Is A Member Of