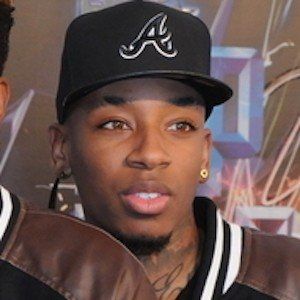 American rapper and singer best known as a member of the rap group Da Pretty Boyz. He and the group first gained attention for songs like "Uh-Huh" and became multiple-time Wild-Out Wednesday champions on BET's 106 & Park.

He grew up in Springfield, Massachusetts. He moved to Florida in 2008 and began making music.

He performed at Tom Joyner's Family Reunion with Mindless Behavior.

He has made music with his cousins Mack Baker and Marc Baker, who are also in Da Pretty Boyz. His real name is Jacory Garvin.

He and Da Pretty Boyz covered Future's "No Matter What" in 2012.

Pretty Eyez Is A Member Of