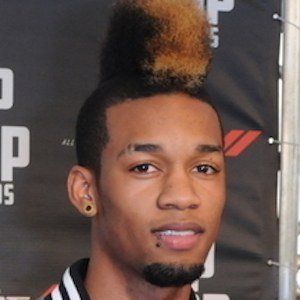 American rapper and singer best known as a member of the hip-hop group Da Pretty Boyz. He and the group gained significant attention for songs like "Crank That Pretty Boy" before winning 106 & Park's Wild-Out Wednesdays multiple times.

He started making music during his sophomore year of high school.

He is a clothing designer and has expressed his desire to create his own clothing line.

His real name is Marc Baker. His brother Mack Baker and cousin Pretty Eyez are the other members of Da Pretty Boyz.

He and Da Pretty Boyz covered Kirko Bangz' "Keep it Trill" in 2013.

Marc Baker Is A Member Of