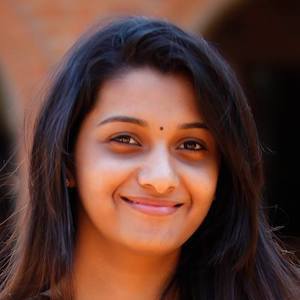 Indian actress and TV show host who has hosted programs such as Jodi Number One and Airtel Super Singer Season 5. She has also done work as an actress with her most famous role being Priya Arjun on the TV show Kalyanam Mudhal Kadhal Varai.

She earned her Bachelor's Degree in electronics and instrumentation engineering from B.S. Abdur Rahman Crescent Institute of Science and Technology. After graduating, she worked as a software engineer at Infosys.

She has also acted in films such as  Meyaadha Maan and Kadaikutty Singam. After starting her acting career, she also studied for and received an MBA.

She appeared on the silver screen with Amit Bhargav in the TV program Kalyanam Mudhal Kadhal Varai.

Priya Shankar Bhavani Is A Member Of