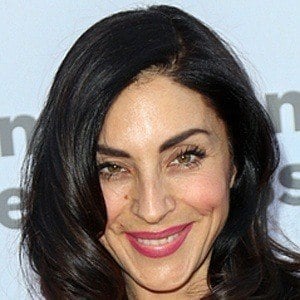 Sex and relationship expert who is widely known for having founded the global sex coaching program Urban Kama Sutra. She has also appeared as a featured expert on the 2016 reality series Cougar Club on Playboy TV and Modern Sex on Buzzfeed.

She grew up in a strict religious cult environment, where her sexuality was suppressed. This eventually inspired her to travel to India in 2007 to learn yoga and the Tantra method.

Her work as a sex coach with repressed women in Calcutta was featured in the documentary Shakti. She has also created the OYoga technique, which combines belly dancing, burlesque, and yoga.

She has cited her experience as a single mother as being an inspiration for her to find healing through yoga.

She worked alongside Lisa Ling on the CNN documentary series This Is Life.

Psalm Isadora Is A Member Of