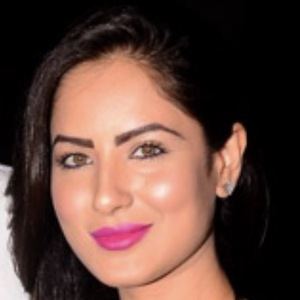 Actress and television personality best recognized for her portrayal of Rewa Mathur in the series Swim Team. She has also had roles in the Indian serials The Adventures of Hatim and Crime Patrol.

She first rose to fame in 2011 as a cast member on the eighth season of MTV Roadies.

In addition to playing a swimmer on television, she has also been a competitive swimmer, competing nationally for Maharashtra.

Originally from Aligarh, India, she later lived in Mumbai.

In the 2016 Hindi series Naagarjuna - Ek Yoddha, she appeared alongside Sudeepa Singh.

Puja Banerjee Is A Member Of