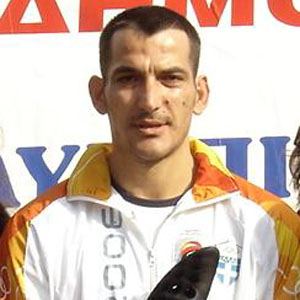 Greek weightlifter who is considered one of the sport's greatest athletes and won gold medals in three consecutive Olympics.

He began weight training when he was 11 years old.

He was an Olympic champion and World Champion three times each.

He married Anastasia Sdougkou, with whom he fathered four children.

He and Halil Mutlu are two of the few Olympic weightlifters to win gold medals at three consecutive Olympics.

Pyrros Dimas Is A Member Of