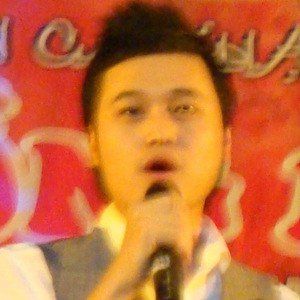 Vietnamese-American pop singer who first made a splash in 2001 with the release of his debut album Nhung Ngày Xua Yeu Dau. He is the recipient of numerous industry honors, including Làn Sóng Xanh Music Awards and Platinum Star Music Awards.

He grew up performing in youth choir and at children's music festivals in Vietnam. He later moved to the United States to attend Monsignor Bonner High School in Pennsylvania.

In 2006, he became the first Vietnamese music artist to release a photo book.

He has cited fellow Vietnamese singer Thanh Lam as one of his favorite singers.

Quang Vinh Is A Member Of