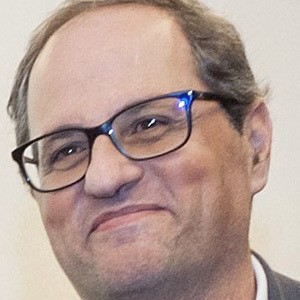 He graduated with his law degree from Autonomous University of Barcelona in 1985. He was first hired to work for the multinational corporation Winterthur Group as a lawyer.

He founded the humorous journalism publisher A Contra Vent Editors in 2008. He won the Carles Rahola award in 2009 for his Viatge Involuntari a la Catalunya Impossible essay on Catalonian journalism.

He and his wife Carola share two daughters and one son.

He and Pedro Sánchez have concurrently held executive positions within the larger Spanish government.

Quim Torra Is A Member Of