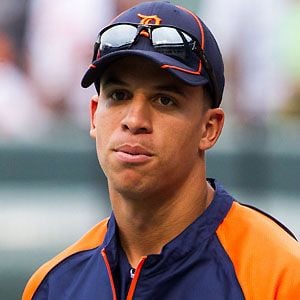 Outfielder who joined the Kansas City Royals in 2012 after previously playing for the Detroit Tigers.

He played nine years of minor league baseball before making his MLB debut in 2012.

He was coached by Tony Gwynn at San Diego State University.

Quintin Berry Is A Member Of