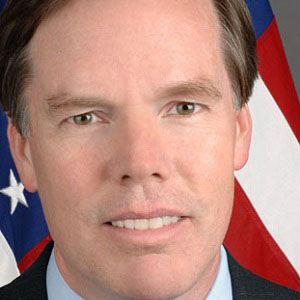 American professor, writer, and diplomat who taught International Politics at Harvard University and also served as United States Under Secretary of State for Political Affairs.

He studied history at Boston College and went on to receive his master's degree in international relations from Johns Hopkins University.

During the mid-1990s, he served as United States State Department Spokesman.

With his wife, Elizabeth Baylies, he raised three daughters.

He served under U.S. Secretary of State Condoleezza Rice during the presidential administration of George W. Bush.

R Nicholas Burns Is A Member Of