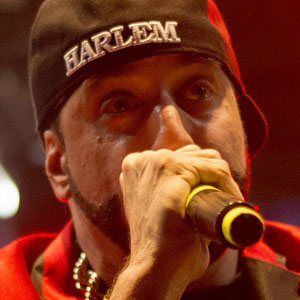 Also known by his stage name R.A. the Rugged Man, he is a rapper with an official debut album titled Die, Rugged Man, Die and a follow up called Legends Never Die.

Starting at the age of 12, he built a reputation as a skilled lyricist. A bidding war between labels for his services ended when he signed with Jive Records when he was 18 years old, his first label. He had two unreleased albums titled Night of the Bloody Apes and American Lowlife before his official debut hit shelves.

He has worked as a boxing commentator and film critic with contributions to Vibe, Complex, XXl, The Source and more. He hosts the web series Film School and wrote and produced a cult film called Bad Biology.

He was born Richard Andrew Thorburn in Suffolk County, Long Island, New York. His late father was Vietnam veteran Staff Sgt. John A. Thorburn. Both his brother and sister passed away at a young age.

He was featured on the platinum-selling WWF Aggression album and performed the theme song for Chris Jericho.

RA Thorburn Is A Member Of