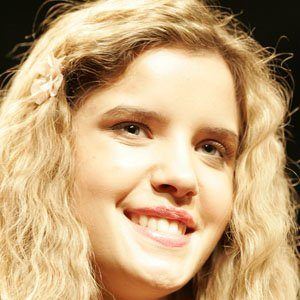 Nearly-blind singer who took third place on the show The Voice Australia during its first season. After her acclaimed performances on The Voice, she was signed to a record deal.

At age twelve she entered the South Australian Public Primary Schools choir and made the finals of Fellini's Search for a Star competition.

Her debut album was released in the summer of 2012. Her stage surname is her first name spelled backwards.

She was born Rachael Wendy Bartholomew in Adelaide, South Australia, a childhood condition robbing her of ninety percent of her sight.

Her inspiring story of overcoming disability inspired Delta Goodrem, one of The Voice judges, to share her story of battling with cancer.

Rachael Leahcar Is A Member Of