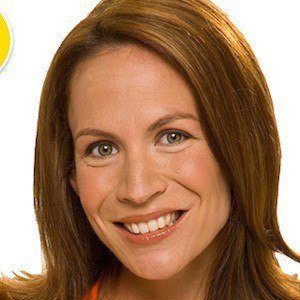 Known for her Emmy-nominated hosting work on the Signing Time! children's American Sign Language instructional series, this musician and television personality also founded the Two Little Hands production company that was responsible for the creation of Signing Time!

Early in her career, she made several guest appearances on the television series Touched by an Angel.

Her grandmother, Alyce King, belonged to The King Sisters vocal group, and her father, Lex de Azevedo, had a career as a cinematic composer. Her sister, Emilie de Azevedo Brown, worked as a singer and voice actress.

She was inspired to create and host Signing Time after she and her husband, Aaron Coleman, realized that their young child, Leah, was hearing impaired. Leah grew up with a sister named Lucy.

She and American Idol contestant Jim Verraros both learned sign language in order to communicate with family members (both of Verraros' parents were deaf).

Rachel Coleman Is A Member Of