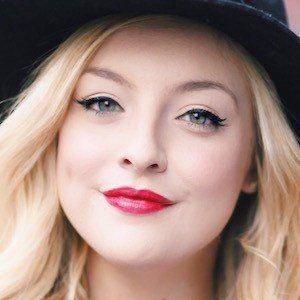 Blogger and YouTube star known for her fashion and style blog RachMartino and the accompanying English-language YouTube channel with over 40,000 subscribers. Her French-language beauty and fashion vlogging channel Rachel Martino has earned over 180,000 subscribers.

She began her English YouTube channel and blog in 2011 while studying French and English with an emphasis on writing at Belmont University in Nashville. After graduation in 2012, she moved to Brooklyn to work in social media at Origins. She revamped her blog, began her French channel, and started contributing to all of them regularly while working her full-time job.

She has been able to work with many brands and magazines through her blog. She was also featured on FYItv's Born To Style, where she was styled by Devin Stokes.

She began dating Gerry Stiene in 2015.

She and Maya Mia were listed as two of the top 20 beauty vloggers in the French edition of Elle magazine.

Rachel Martino Is A Member Of