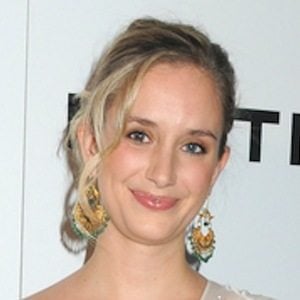 Entrepreneur who has co-founded and acted as CEO of GuestofaGuest.com and Lingua Franca. The New York Post named her one of 13 Under 30 Women to Watch in 2013.

She founded the media website Guest of a Guest with Cameron Winklevoss in May 2007.

She was named one of the Most Influential Women in Technology by Fast Company in 2011. She has over 120,000 followers on her linguafrancanyc Instagram account.

She married Sean MacPherson in 2011.

She and Mark Zuckerberg have both worked in connection to Cameron Winklevoss.

Rachelle Hruska Is A Member Of