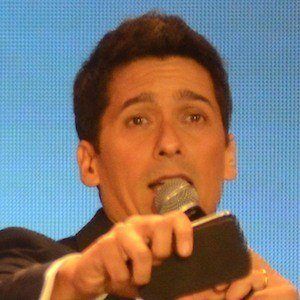 TV show host who is best know for his work on Chilevisión. He won the Bravo Award for Best Television Driver through the National Association of Actors in 2010. He has 600,000 followers on his rafaaraneda Instagram account.

He became lead of International Song Festival of Viña del Mar in 2011.

He married Marcela Vacarezza in 2000. Their children are Vicente, Martina, and Florencia.

Rafael Araneda Is A Member Of