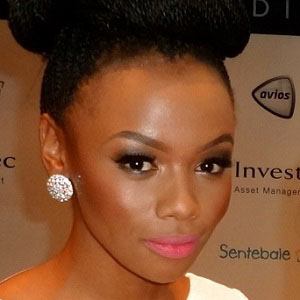 Famous for hosting the South African television entertainment programs Live Amp (on the SABC 1 channel) and Top Billing (on SABC 3), she is also notable as the host of the radio show The Front Row. Also a model and fashion icon, she won an SA Style Award and was photographed for the covers of Grazia, Elle, and Cosmopolitan South Africa.

She created a fashion line called Just B and a handbag collection called Baby Star.

Bonang posted a photo on her Instagram channel of herself with the 2019 Miss Universe, Zozibini Tunzi, at the Samsung Galaxy Unpacked 2020 event.

Bonang Matheba Is A Member Of