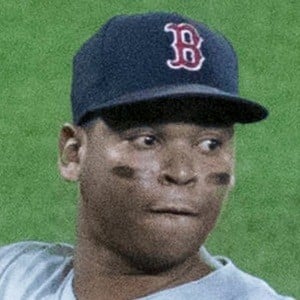 MLB third baseman who made his MLB debut with the Boston Red Sox in 2017. He won a World Series title with the team in 2018.

In April of 2018, he hit his first grand slam off of pitcher Tyler Skaggs in a game against the Los Angeles Angels.

He was born and raised in Sanchez, Dominican Republic. Jose Devers, his cousin, is also a professional baseball player.

He became teammates with fellow infielder Xander Bogaerts on the Red Sox.

Rafael Devers Is A Member Of